LED, Fluorescent, Incadescent – What to buy? 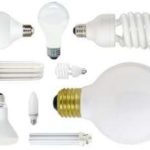 Like alot of things in life, light bulbs are now complicated!  The light bulb used to be an easy purchases. Now we must consider if it Is energy efficient? Will it switch on quickly? Can I use a dimmer? What is a lumen? How long will it last? The cost? The color? Etc.

A recent article by WSJ’s Katherine Boehret answered some of the questions I had and I thought it might be a useful subect, even if it out of my wheelhouse.

Bulbs can be divided into three main categories: incandescents, compact fluorescents (CFLs) and light-emitting diodes (LEDs). We now mainly use incandescents, they are cheap but throw off heat and use up alot of energy. An incandescent lasts about 1,000 hours.

Compact fluorescents, the spiral bulbs, use less energy than incandescents but can appear harsher in color and don’t turn on immediately. They cost about $5 to $10 each and have an average lifespan of 10,000 hours.  They contain mercury and should be recycled at stores like Home Depot.

LEDs, which look like the incandescents we’re used to, are the latest in energy-efficient bulbs. They’re also the most expensive, costing around $20 to $60 a bulb, though this will drop as they become more prevalent. These bulbs don’t contain mercury, turn right on and many can be dimmed. Their light-emitting surfaces remain cool to the touch and the hue of light from these LED bulbs are more like traditional incandescents. They are estimated to save up to 85% more energy than incandescents, with a lifespan of 20,000 to 50,000 hours, or 20 to 40 years.

For years, we’ve measured light bulbs by watts, which show how much energy a bulb uses. But bulb brightness is measured in lumens. Many of the new light bulbs’ boxes list lumens and include info about how the bulb compares with the wattage you want to replace. An incandescent 40-watt bulb gets replaced with a 450-lumen bulb; a 60-watt bulb with a 800-lumen bulb; a 75-watt bulb by a 1,100 lumen; and a 100 watt by a 1,600 lumen.

Many bulbs are now packaged with a “Lighting Facts” label. Besides lumens, this may include factors like lumens per watt (bulb efficiency); watts (energy used to make the light); correlated color temperature, which indicates cool or warm color (about 2700 Kelvin replicates what we’re familiar with a traditional incandescent); and a color-rendering index (the measurement of a light’s appearance on objects).

Light-bulb savings calculators are online, like one from National Geographic, giving you a rough idea of how much they may save over time.

Now your are armed with some lighting knowledge!