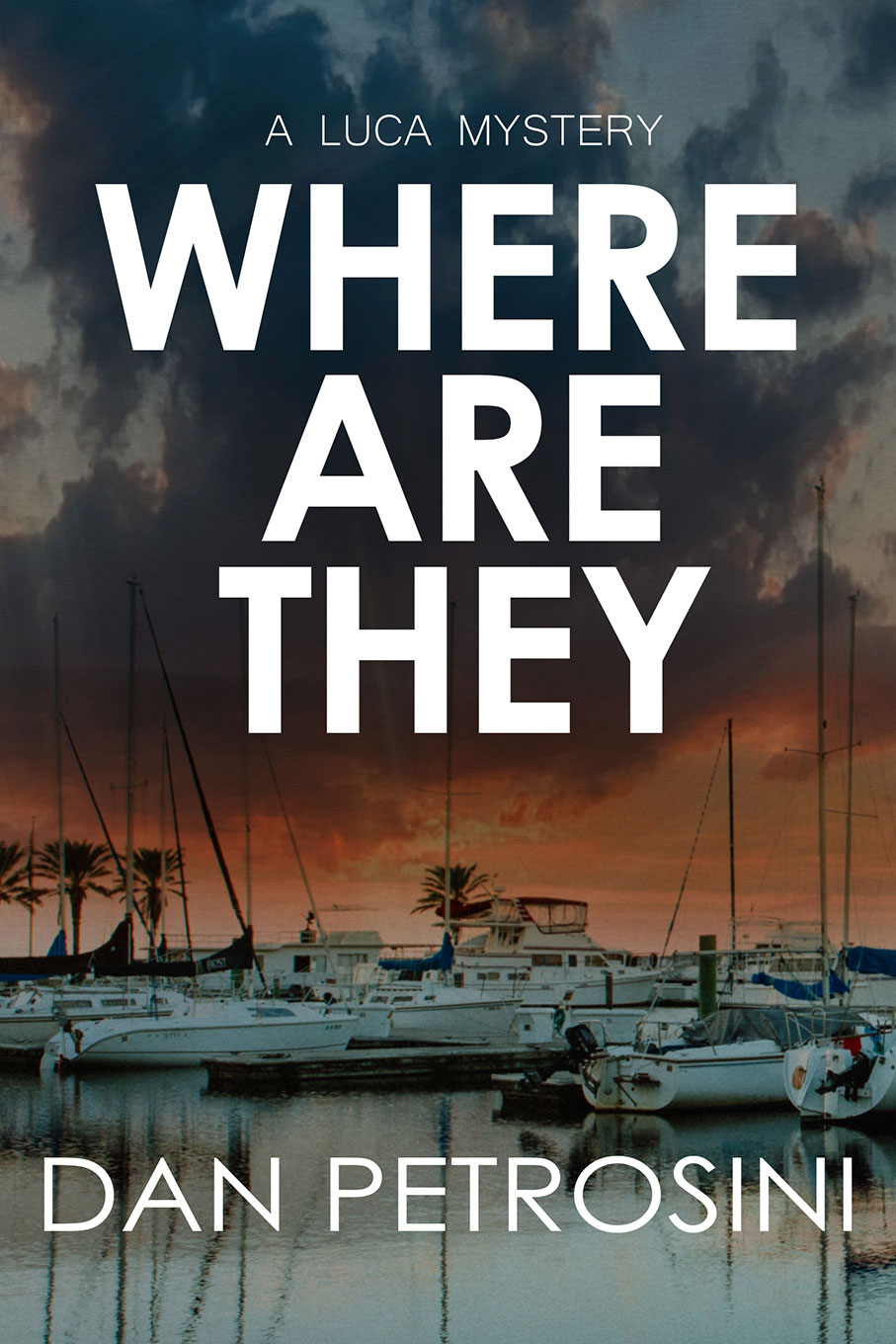 Where Are They – Luca Mystery Book 12

Luca had seen it before…the spouses left behind never believed.

All Luca knew was the 53-year old engineer was gone. She described him in a way that was kind, but sounded like she meant boring, still, there wasn’t any reason he should have vanished. It was hard to imagine John had a reason to leave the woman standing before him. Something didn’t add up.

Why hadn’t John gotten on his flight?

In cases like this, Luca never trusted the client. And he could tell this one had skeletons. She wouldn’t like it, but his job was to dig. The first thing he discovered shouldn’t have shocked him, but it did. Luca didn’t judge.

The things this couple did behind closed doors may not have been his cup of tea, but it made him consider the possibility that John wasn’t missing. When sex enters any equation, it changes the math.

You’ll love this latest Luca mystery, because nobody is who they seem, especially John.